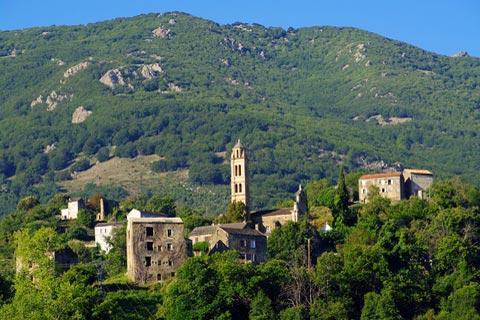 Save Castagniccia to your own travel plan

Head about 30km north of Aleria on the east coast, then 50km inland towards Mont San Petrone, and you will discover the region of Corsica that has been least affected by change in the last hundred years, and the largest chestnut forest in the world. The region is called Castagniccia.

The chestnut trees after which the region is named were planted in the Middle Ages to ensure that the island could be self-sufficient in food - chestnut flour can be used to make bread, among other things.

Quite different in character and appearance to the rest of Corsica, it is a region of small villages and hamlets, steep forested hillsides, and occasional vineyards and olive trees.

Exploring Castagniccia is a fascinating experience, albeit a slow one. There are no autoroutes here, rather a maze of small winding lanes meandering up and down the hillsides past the small villages...

...but in any case this is not a region to explore quickly, but one to take slowly, absorbing the atmosphere and enjoying the tranquility

Few of the villages here have major attractions, although many have attractive churches and more attractive settings.

It is rather the harmonious whole that is the attraction. Some of the more popular places to visit are Piedicroce, Orezza and the romantic ruins of the convent, Campana and La Porta.

It was also in this region, at Morosaglia, that Pasquale Paoli, 'father of the Corsican people', was born in 1725. His birthplace is now a museum dedicated to his life. It was at Pont Novu that Paoli and the Corsicans were finally 'subdued' by the French in 1769.

Map of Castagniccia and places to visit

Places to visit near Castagniccia 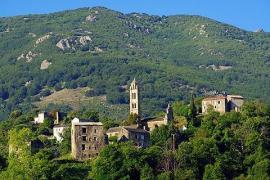 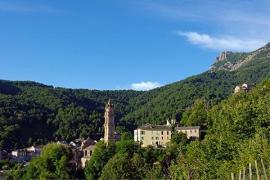 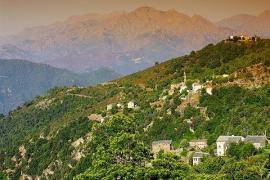 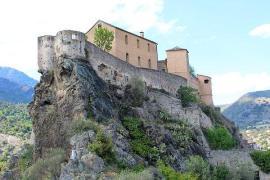 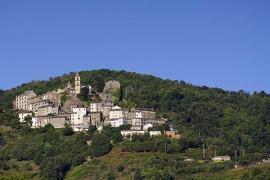 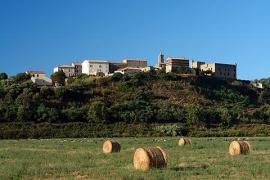 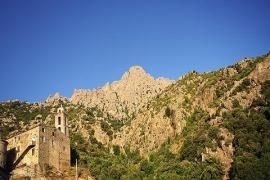 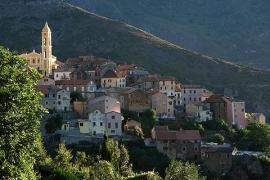