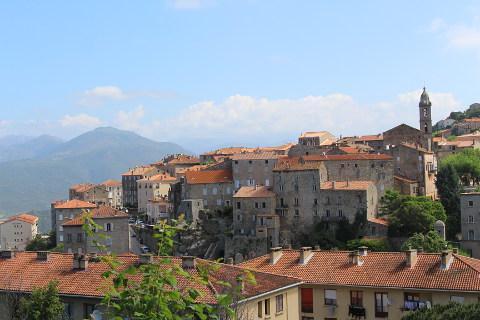 Corsica is an island best explored at a leisurely pace, where stopping to absorb the atmosphere or to linger at a harbour-side cafe is as much a part of the pleasure as the more important tourist sights.

Although they can be very different in character, almost all the island's regions have something of interest to offer, from the mountains in the central region to the beaches that line a large part of the coast. Unfortunately this means it is impossible to enjoy all that Corsica has to offer during just one visit!

With the popular resorts of Calvi and l'Ile Rousse,the north-west region of Corsica also includes many scenic coastal highlights, and the quiet villages of the Balagne

Including the 'Cap Corse' peninsula and the area around Bastia, highlights here include a tour around coast of the peninsula itself and time spent exploring the villages to the south of Saint Florent

The southern region of Corsica is centred around Bonifacio, in its stunning clifftop location. Also in the south are Ajaccio and Porto-Vecchio as well as some of the islands most impressive scenic highlights

The centre of Corsica is based around the lovely town of Corte which is well placed for exploring the scenic highlights of the surrounding mountains.

The quieter, and less visited, eastern coast of the island has less of the resorts and beaches that make the western half of the island so popular but a visit is still very rewarding.