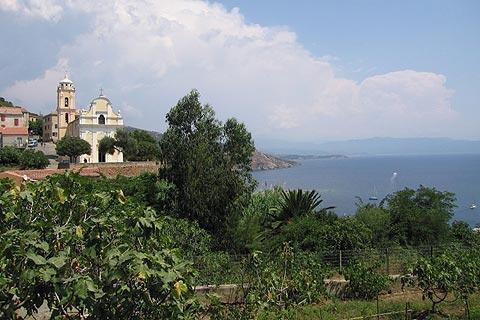 Cargese is a small town located 20 km south of Porto on the western edge of Corsica, on the coast at the southern end of the Balagne region.

In 1676 a group of 600 Greeks, escaping from the invasion of their country by Turkey, set up home in Corsica. The location they chose was at Cargese, and as a result it is still known as 'the Greek village'. 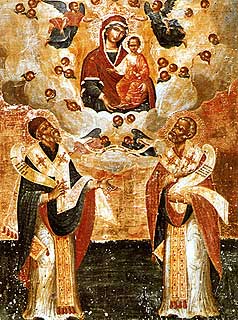 Cargese is an attractive town of whitewashed houses in a picturesque setting on a rocky promontory overlooking a deep blue bay and with a marina on the coast. There are a good number of restaurants in the town.

Predictably the setting means that Cargese has not escaped from touristic development (there are significant levels of development along much of the coast here) and there is a popular 'Club Med' resort close by.

There are several high quality beaches close to hand if you are looking for a little more solitude. The Plage de Peru just north of the town is one of the best. Others that are also close to hand but slightly less accessible include the beaches at Monachi and Stagnoli.

The Plage du Chiuni is the closest to the Club Med resort, about five miles from the center of Cargèse.

Two notable monuments in Cargese are the churches, standing facing each other in the center of the town and with belltowers setting the skyline for the village.

There is a Latin (Roman catholic) church and a Greek Byzantine church, both dating from the 19th century. The highlight of the former is the interior with its 'trompe l'oeil' paintings , and the views from the terrace.

In the Greek church the highlight is the four icons brought here in 1676 when the location was first occupied depicting: the Virgin and Child; Saint John the Baptist; Christ being placed in a tomb; and three saints from the church.

There are several places of interest near to Cargese that merit a visit. These include:

- the dolmen at Paomia. Paomia itself was a village in the middle ages but was almost completely destroyed in the following centuries

Map of Cargese and places to visit

Places to visit near Cargese 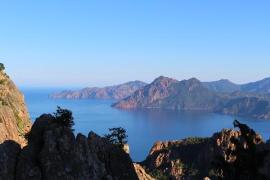 The calanches of Piana are exceptionally scenic rock formations on the coast of western Corsica near Porto. 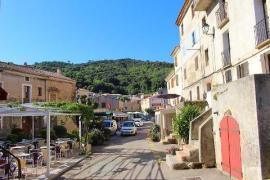 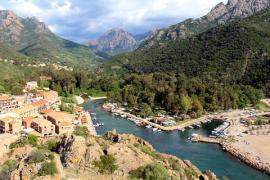 Porto is a pleasant resort close to the Calanches de Piana. It is a good base for visiting the Calanques. 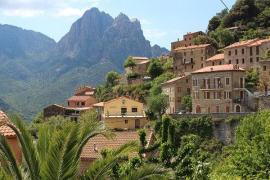 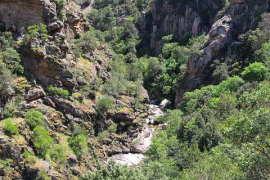 The Gorges de Spelunca are a scenic highlight east of Porto in Corsica, best explored by following an ancient mule trail below the cliffs 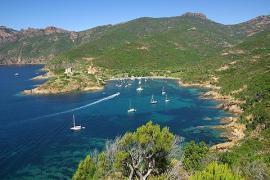 Map of Cargese and places to visit